Working at Doner London I led the design team in a competitive pitch win and then oversaw the visual development and implementation of the Huawei P9 #DontSnapShoot European digital campaign.

The Idea
We issued a simple challenge, DON’T SNAP SHOOT.

We wanted people to rethink the sort of images they were taking on their smartphone. If they used their phone for selfies, or for photos of their cappuccino… they were probably a ‘snapper’. But if they understood that every image they put online said something about them and took care to post better images…
Then they were a ‘shooter’.

To engage a wider audience in this thought, Huawei hosted a smartphone competition, to search for the ultimate ‘shooter’.

Out of home, digital display, social and print helped drive people to DontSnapShoot.com, where they could learn more about the P9 and how they could enter the competition with Instagram or Facebook using #dontsnapshoot.

The work was then judged by Conde Nast editors. And the winners won the ultimate photoshoot in China, using the Huawei P9, the best images then appeared in Conde Nast publications.

The campaign film was shot in Spain and the UK by director, Jeff Darling, and the track was composed by Richard Atkinson at Mcasso Music. 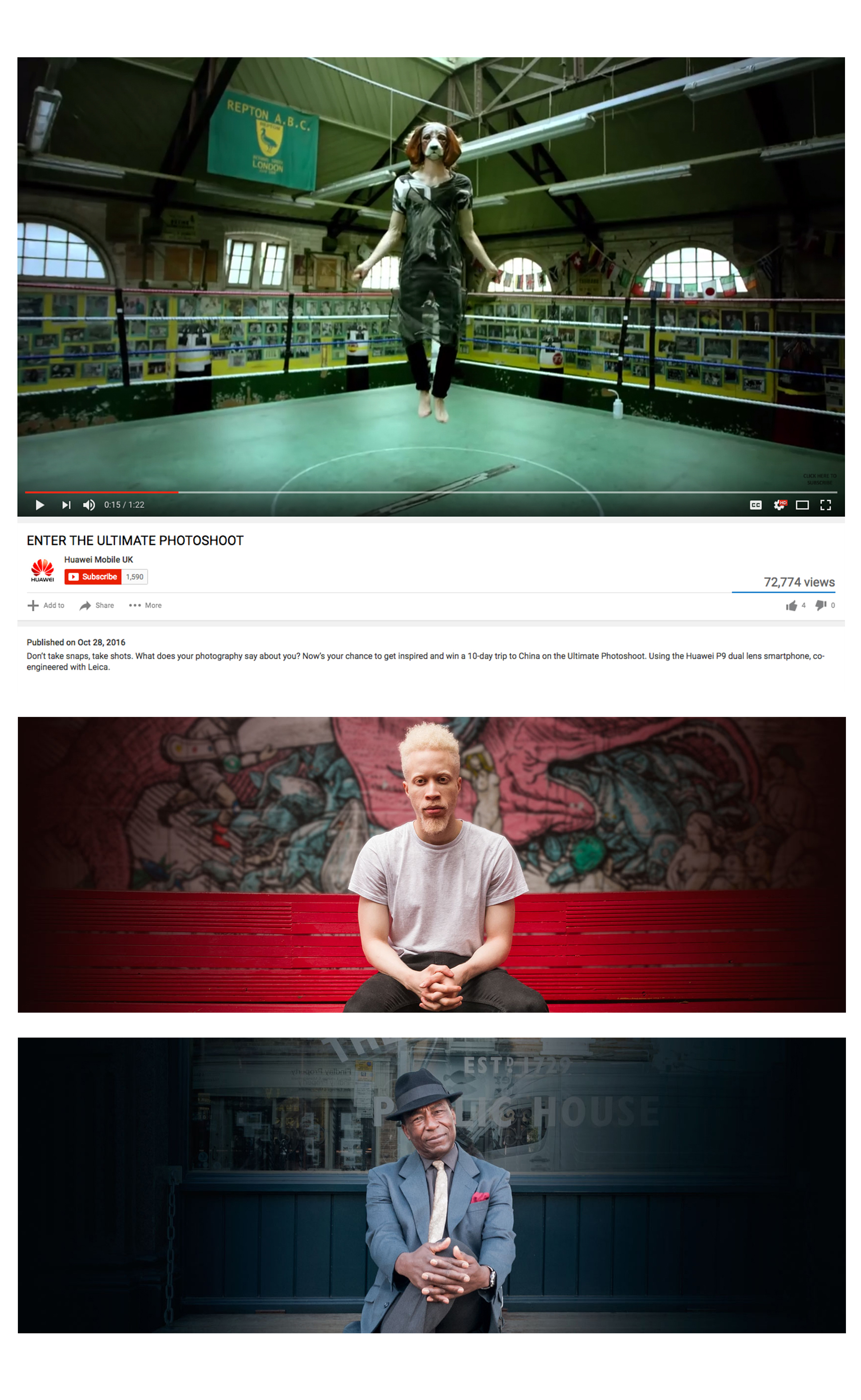 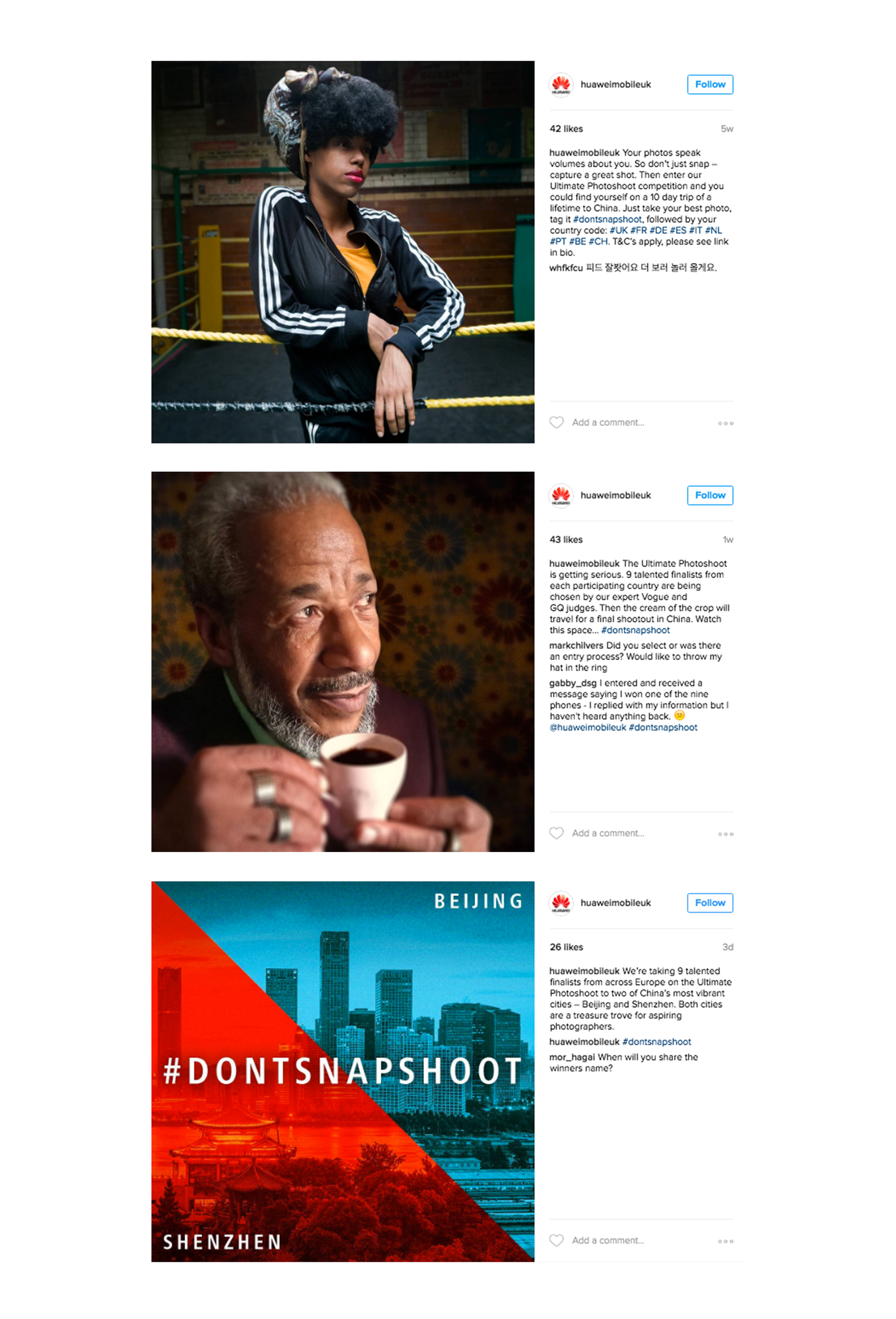 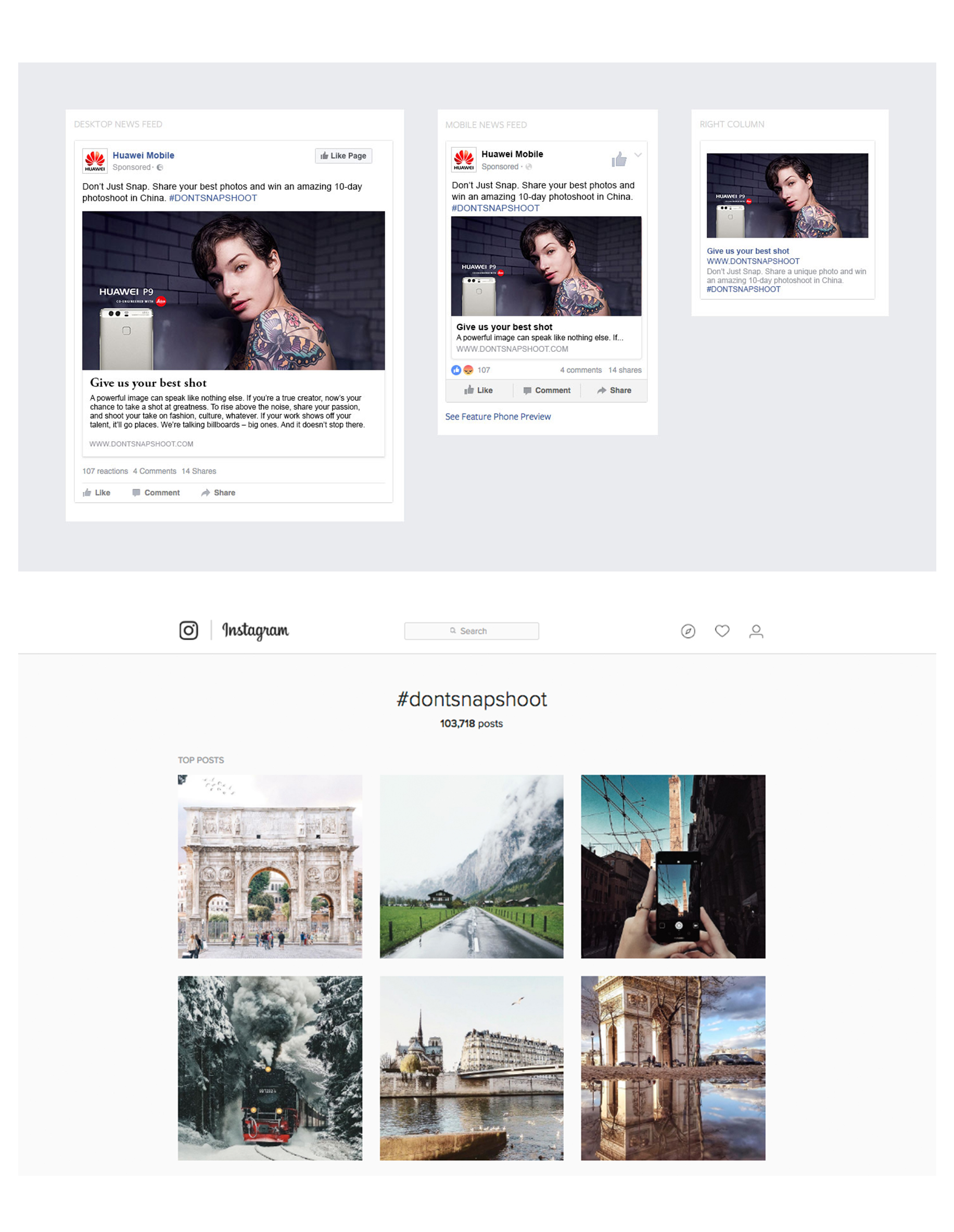 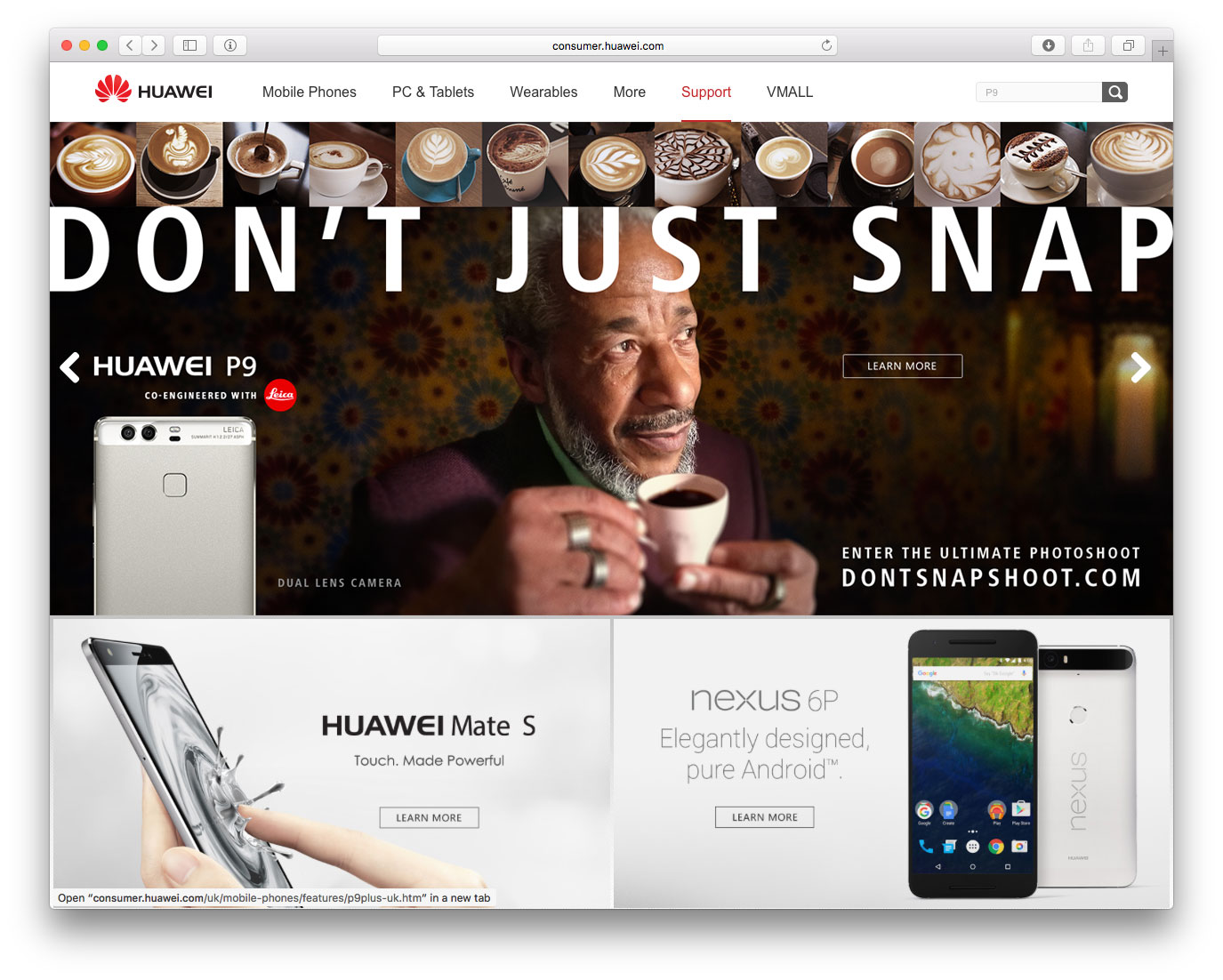 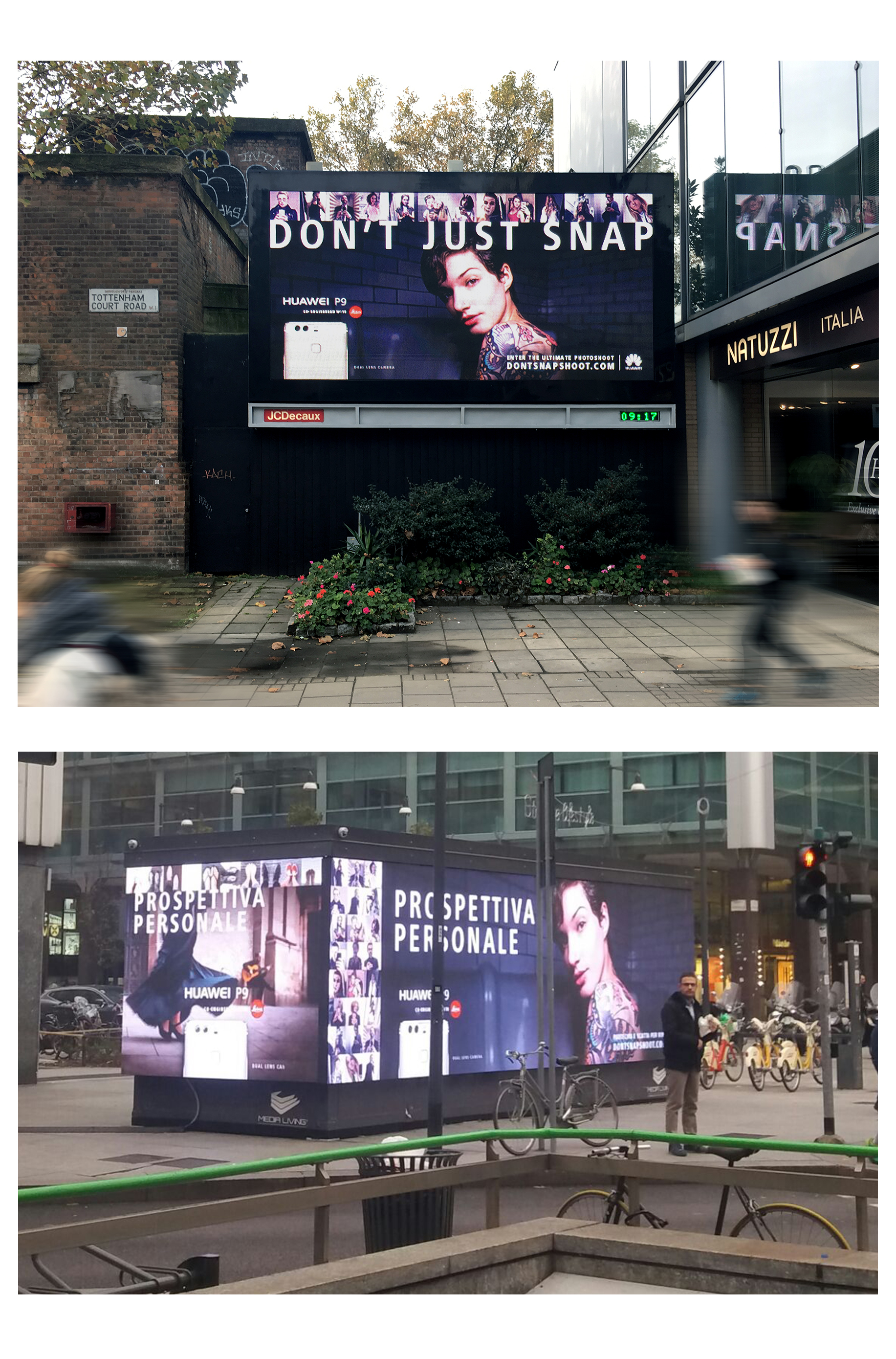 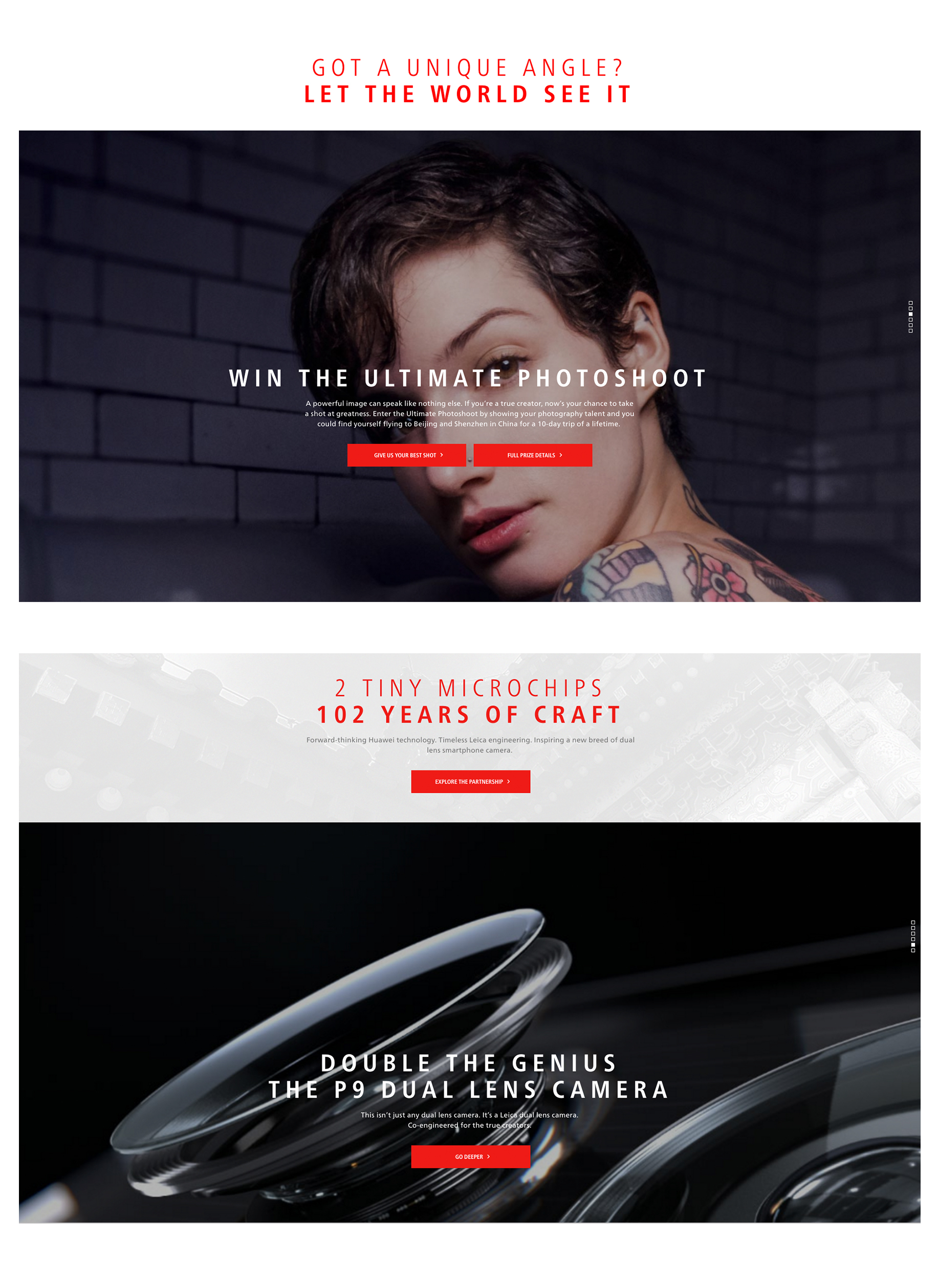 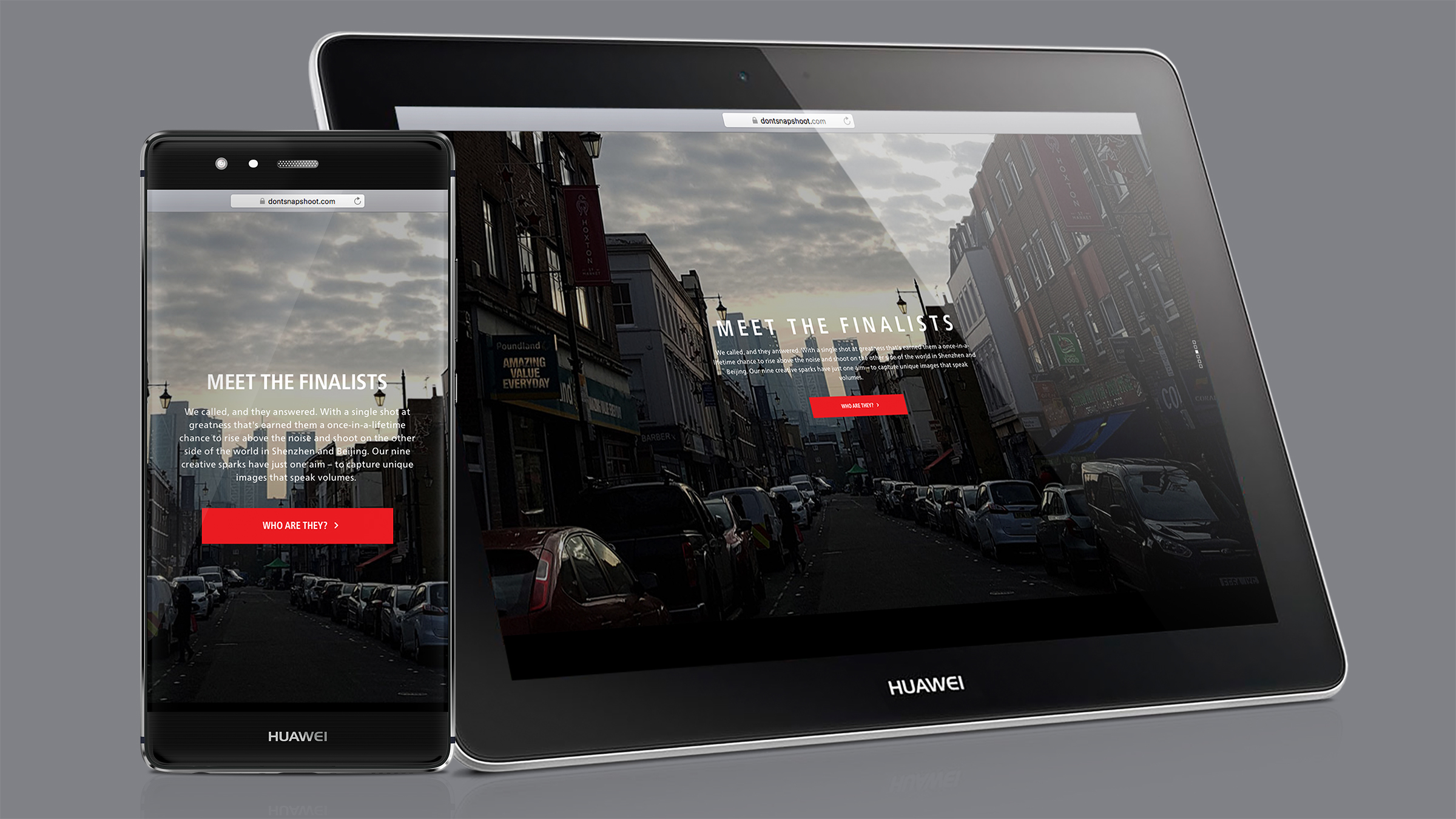 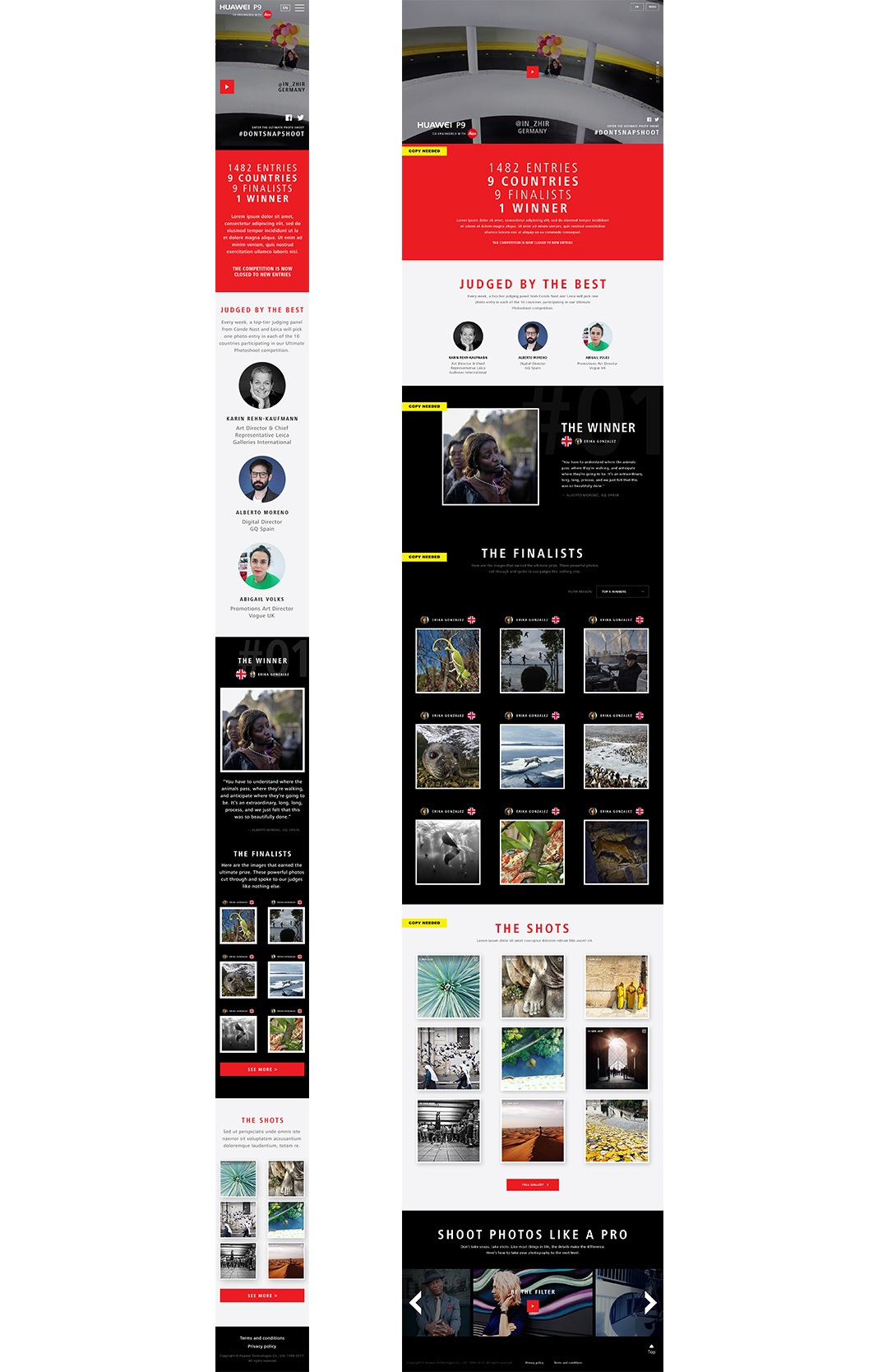 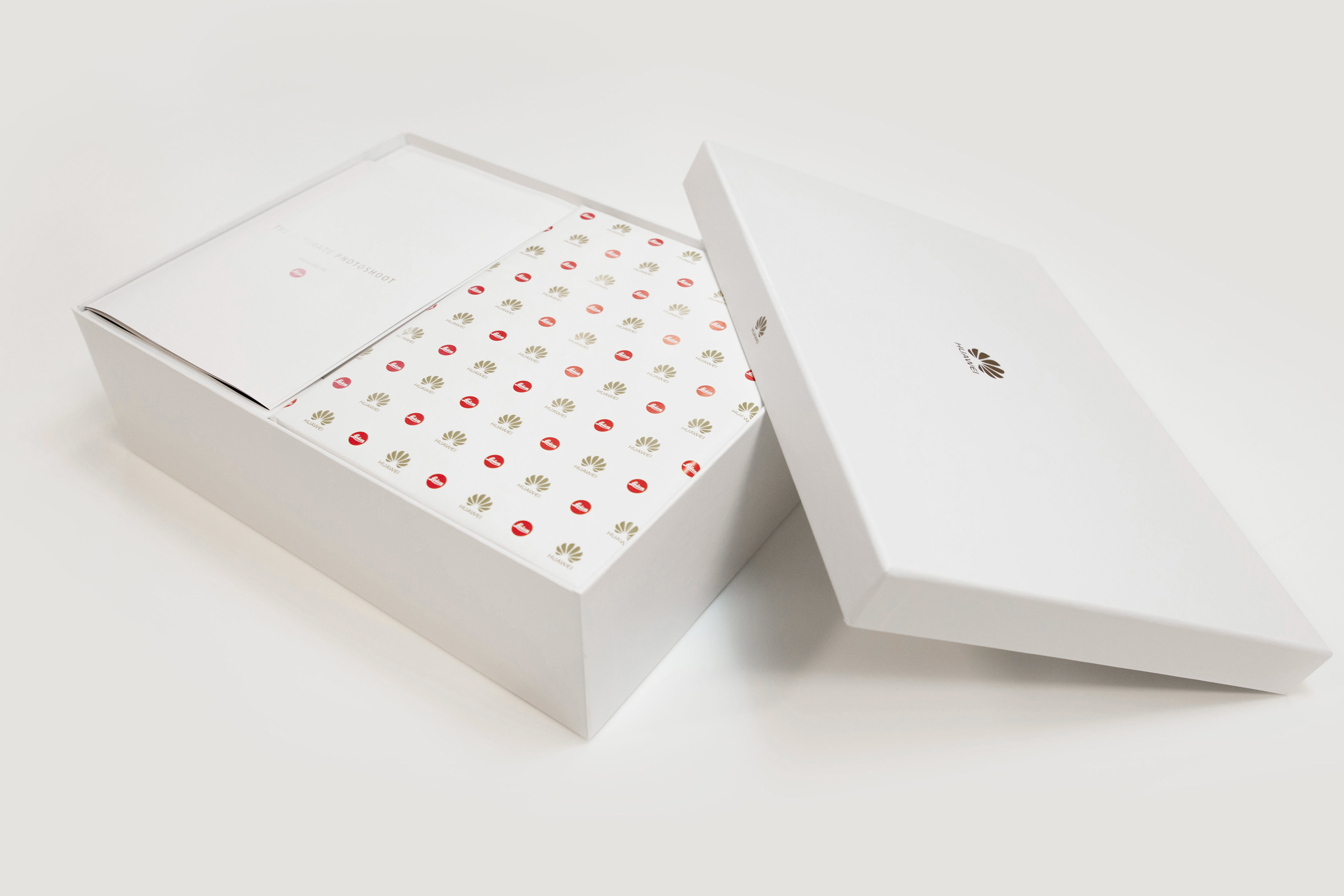 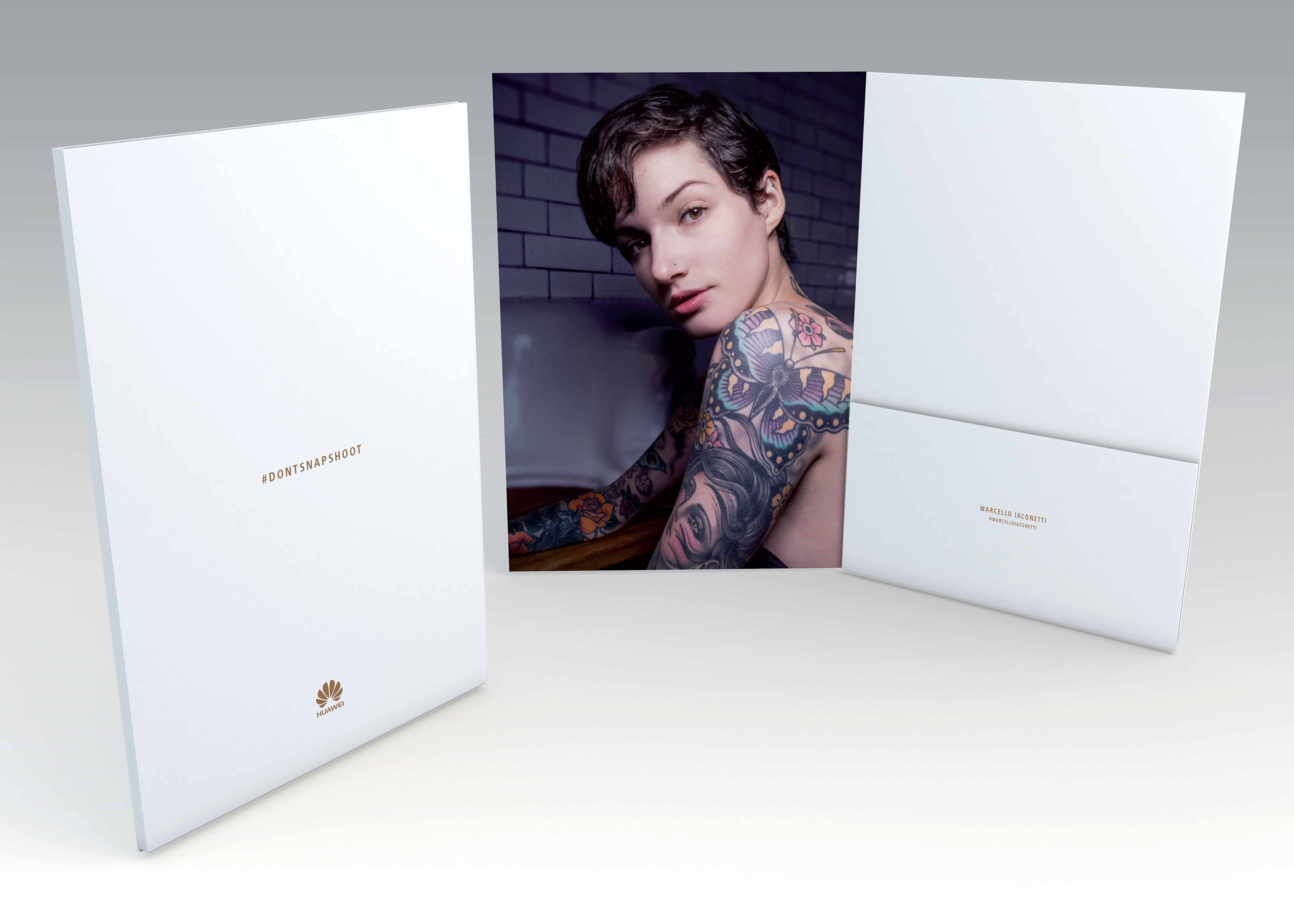 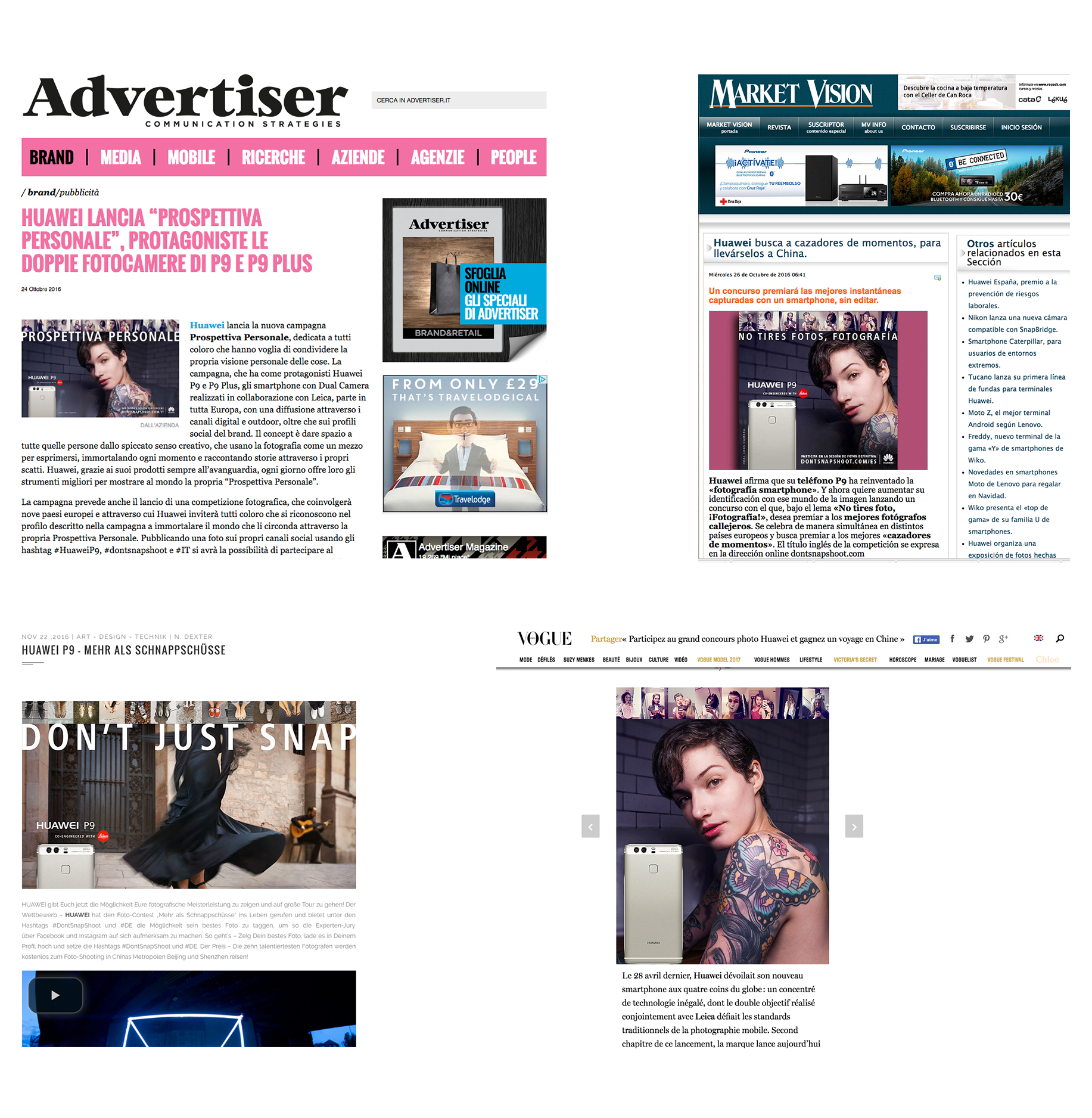